When you hear the words “fat cat”, what do you immediately think of? For some, they recall political cartoons from their history class depicting some of the wealthiest owners of trusts or companies depicted as rotund tabbies or other chubby felines. The term “fat cat” was once a derogatory term and was meant to indicate that someone had too much wealth and power. However, in several instances throughout history, cats have had both wealth and power that was absolutely unquestioned.

The Pharaohs of Egypt had house cats who inherited wealth and were mourned after their death by the entire family. People even shaved their eyebrows to mark the passing of a royal cat. Nowadays, cats may not have the power and wealth they once enjoyed in Egypt, but there have been stories of cats who have made money or inherited a fortune.

Many of us have heard stories about eccentric elderly millionaires who do not have family and leave everything to their pet cat. This is a relatively rare occurrence, but it does happen from time to time. Not only do some cats realize wealth through inheritance, but some achieve it while their owners are still alive.

The Richest Cat in the World was a made-for-TV movie by Disney in 1986. The plot is a takeoff on some real life stories about eccentric, moneyed pet owners who leave their fortunes to their cats. In the Disney film, the cat talks and his name is Leo Kohlmeyer. Leo’s owner, Oscar Kohlmeyer leaves his feline companion $5 million while Oscar’s nephew receives $25,000 as long as he doesn’t contest the will. Predictably, the nephew immediately takes action and tries to abduct the cat. There is plenty of adventure, but all’s well that ends well and the cat receives the fortune that was left to him. 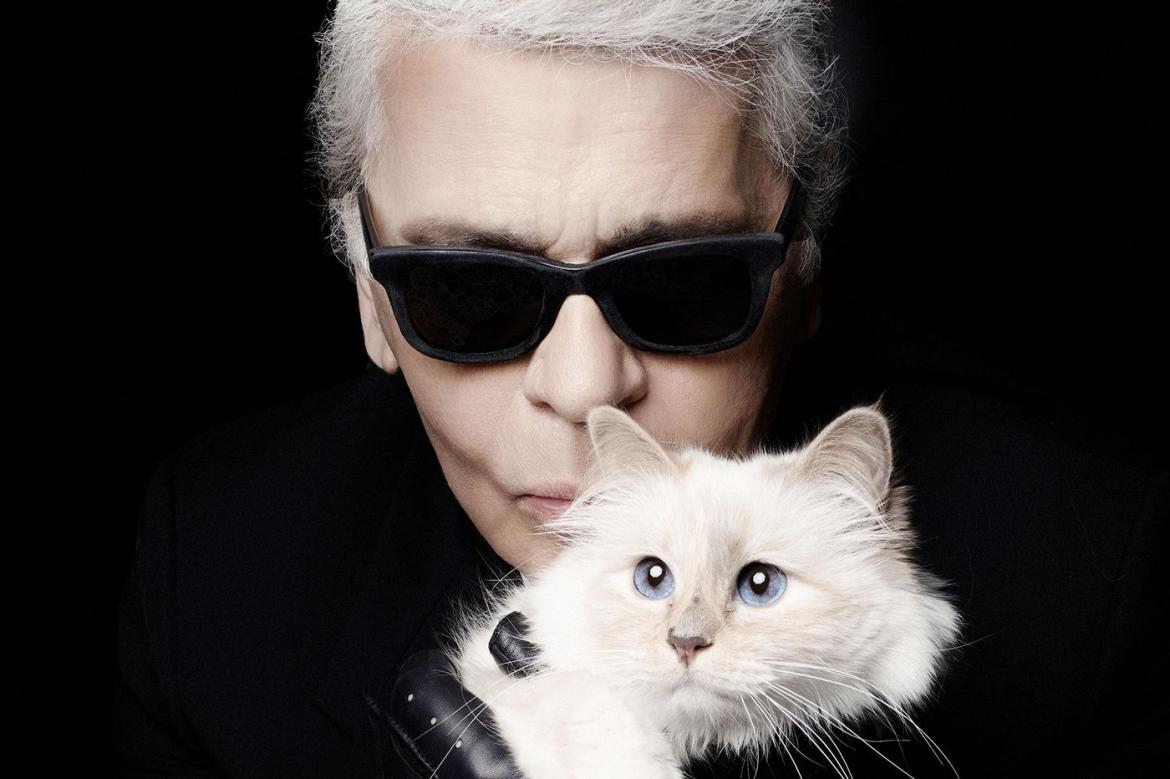 Fashion legend Karl Lagerfeld has a cat named Choupette who, according to recent estimates, is worth $3 million. The cat is able to use an iPad and she has two maids waiting on her every need. Choupette also has a book coming out which is not so unusual, since George HW Bush’s dog Millie also composed a book. Choupette earned the money herself through work with a car manufacturer and also made her contribution to the fashion industry.

Choupette is a charming Birman cat, which is a breed associated with Burma and has been popular in Europe for a century. Karl Lagerfeld is a legendary German designer who is based out of Paris, though he has worked with most of the major fashion houses in Europe. At age 81 he is creative director of the fashion house Chanel, in addition to having his own label. Lagerfeld is known for his starched colors and his snow white hair, and sunglasses.

Lagerfeld is also known for being rather creative with the truth of his origins; he claims to have Swedish ancestry and makes his mother’s side of the family sound more aristocratic. No one really minds the creative attitude towards lineage; it seems like just another aspect of the creative life. Lagerfeld has been working in the fashion industry since the 1950s. He has had a very tumultuous career, especially when he shocked fashion reporters with his low cut evening dresses and backless gowns.

During the 1960s, the heyday of the miniskirts, Lagerfeld’s were the shortest in Europe. Lagerfeld today is a fashion icon! How appropriate that he designs striking new fashions for the catwalk, given his affection for his cats.

It hasn’t always been Lagerfeld’s clothes that raised eyebrows and got paparazzi rumbling; he has said and done some things that got everyone’s attention. Lagerfeld owns many extravagant homes and lives the ultimate high life. With a lifestyle like his, he has little concern of what people think or say about him. Until his death in 1989 Lagerfeld lived with his long-time partner Jacques de Bascher.

Since his partner’s passing, Lagerfeld has sought comfort with his cat Choupette. He has even said that he would marry the cat if he could. Choupette once belonged to a French male model named Baptiste Giabiconi, until 2011 when he was gifted to Lagerfeld on Christmas. Choupette kept a diary on twitter that was later published in several fashion magazines and led to the cat’s celebrity status. 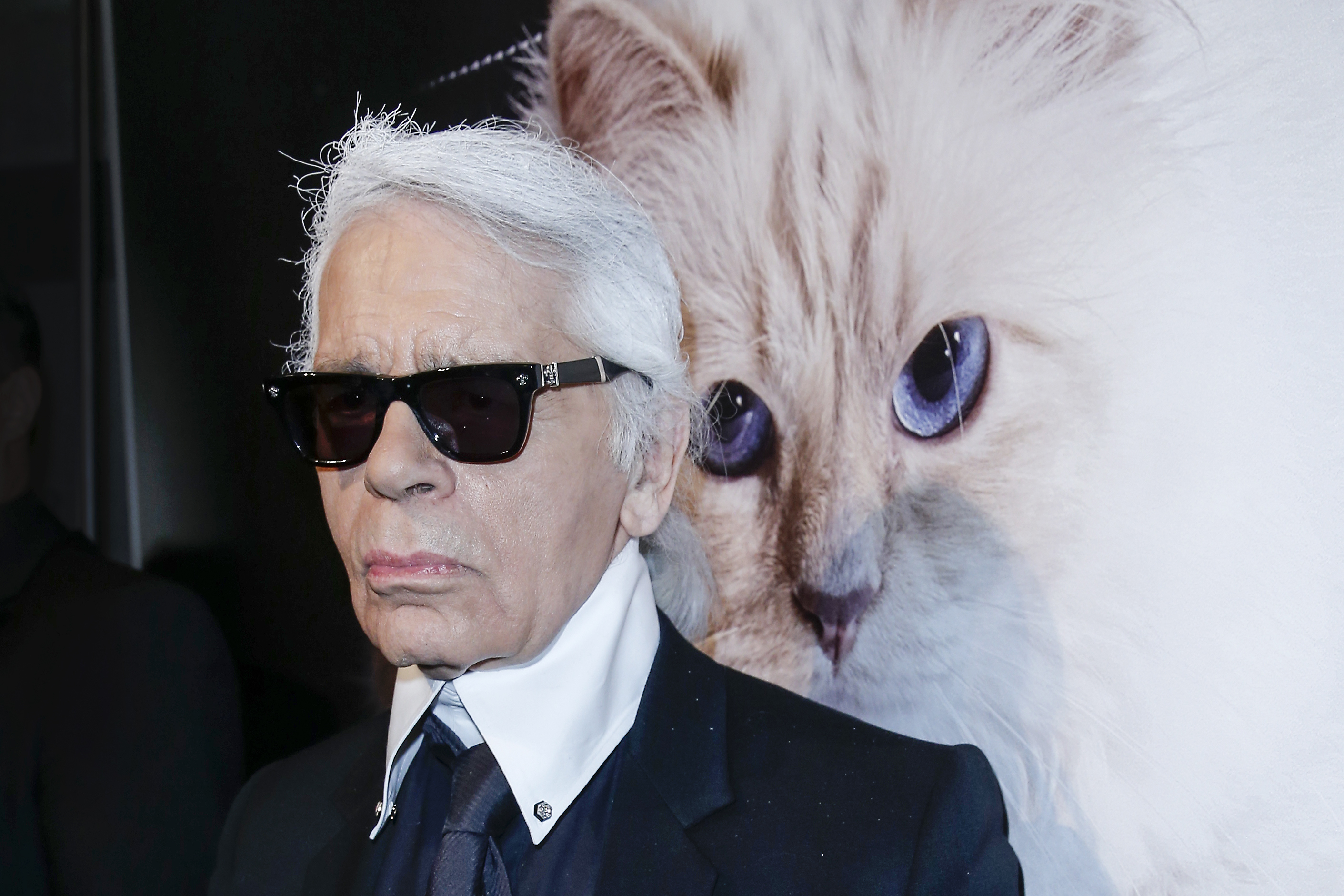 Lagerfeld has noted that some people he meets talk more about the cat than about him. We can only guess what Choupette is really like, since most artists adopt a persona that is different from reality, but she represents herself as a high maintenance woman who sets high standards for herself and the people around her. This is not surprising as this is a typical attitude in the fashion industry. Though she is a high-maintenance woman, she often expresses a desire to eat antique lace, as well as everyday shopping bags. Her maids, François and Marjorie, dote on her every whim and respect her authority.

At one time there was chatter that Chanel would be putting out a “Choupette” handbag, but the accessory never appeared on the catwalk. Her very blue eyes, which are typical of a Birman, inspired the cornflower blue spring collection of 2012. Karl did create a line of handbags inspired by Choupette. In our magazine, there was even an article entitled “Why Choupette Has a Better Life Than You.”

Most people would agree that having famous chefs preparing one’s food, including Japanese-style cuisine, spending time with one of the world’s premier designers, and having your own branded Uber equals an opulent lifestyle. Choupette Lagerfeld was adopted into wealth by a designer who had already achieved his fame and fortune.